Our Violins and Violin Accessories

We are your locally owned, full-service violin store right here in Maplewood St. Louis. None of us are paid commission when a violin is sold or rented. While this page is about violins available for purchase, we also rent violins and in some situations it makes better sense to first rent and maybe later to buy: a process made all the easier because you can apply 100% of the rent towards buying the instrument.

The three of us who own Top Notch Violins used to work at a different St. Louis violin store (one owned by an out-of-state businessman and a store that only carries one brand of violins). With our various backgrounds in music (music education, performance, and luthierie), over time we became convinced that carrying only one brand of violins did not provide the proper range of options to St. Louis. That’s why, when we opened our doors in 2014, we knew we needed to carry more more than one line of violins – and those product lines are all featured on this page.

Our Maplewood store has our full selection of inventory. Feel free to stop by, or contact us if you have any questions.

This is a longer, informative page about our violins. If you would like to “jump to” a lower section, here are some links:

Should you rent or buy a violin?
Which brand and model is best for you?

And honestly, we cannot answer those questions without first getting to know you.

Tell us about yourself, your musical experience, and your goals for the future. As we learn more about you, we can help you discover exactly which violin is perfect for you.

A great starter violin. We knew when we opened our doors that we didn’t want to carry an “average” student violin – we’ve done our best to repair and patch up too many of the ones saturating the market. We wanted something that was quality, yet affordable and with good sound.

Made from thoroughly seasoned tone woods, our Top Notch 1000 and 1500 violins are solid instruments that are pleasing to both eye and ear, featuring modesty flamed maple on the backs and sides with carefully carved spruce tops for superior tone. The finish is an attractive dark reddish brown. Inlaid purling, quality ebony, premium components, and in-house setup/adjustment contribute to the playability and longevity of these instruments. 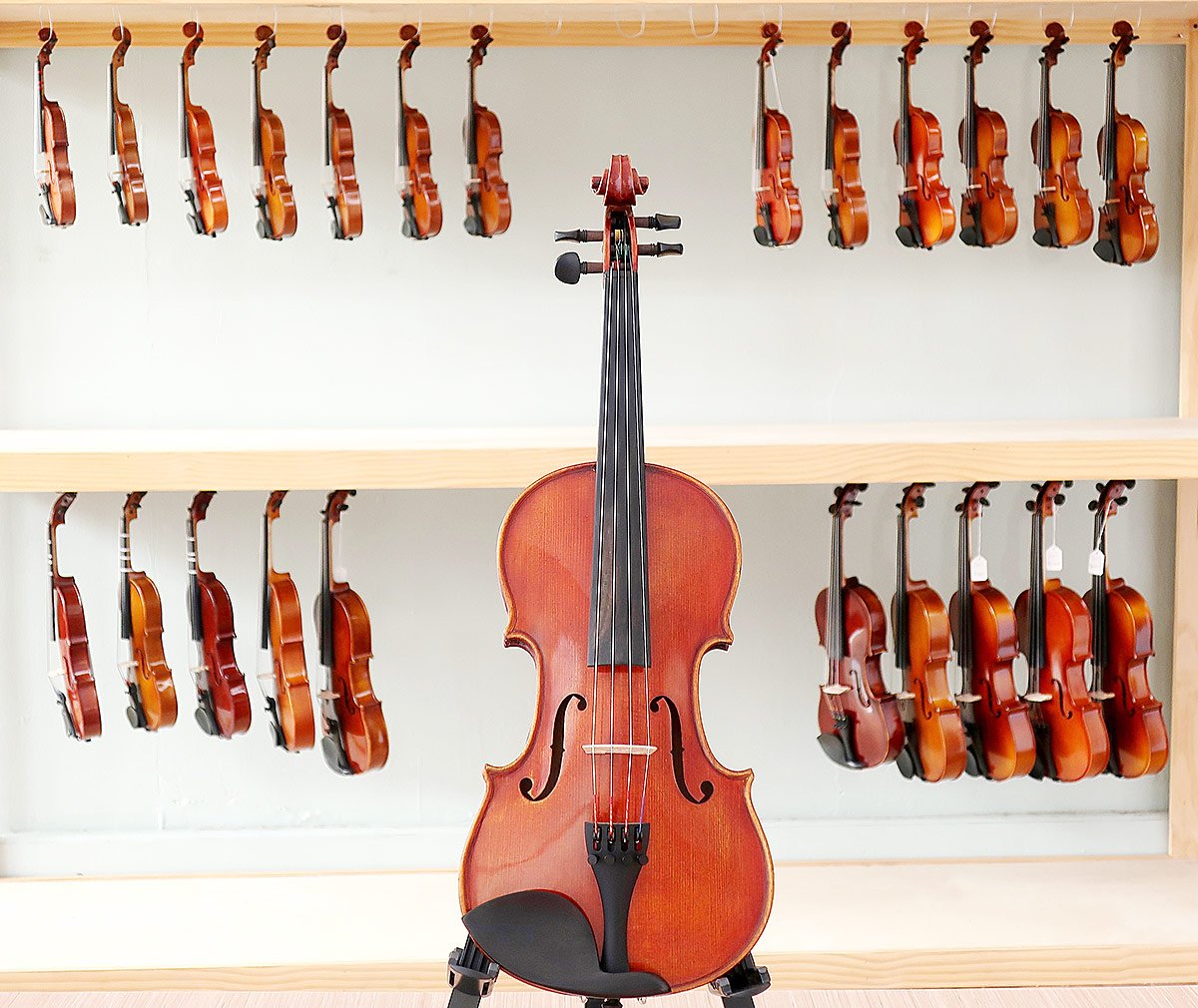 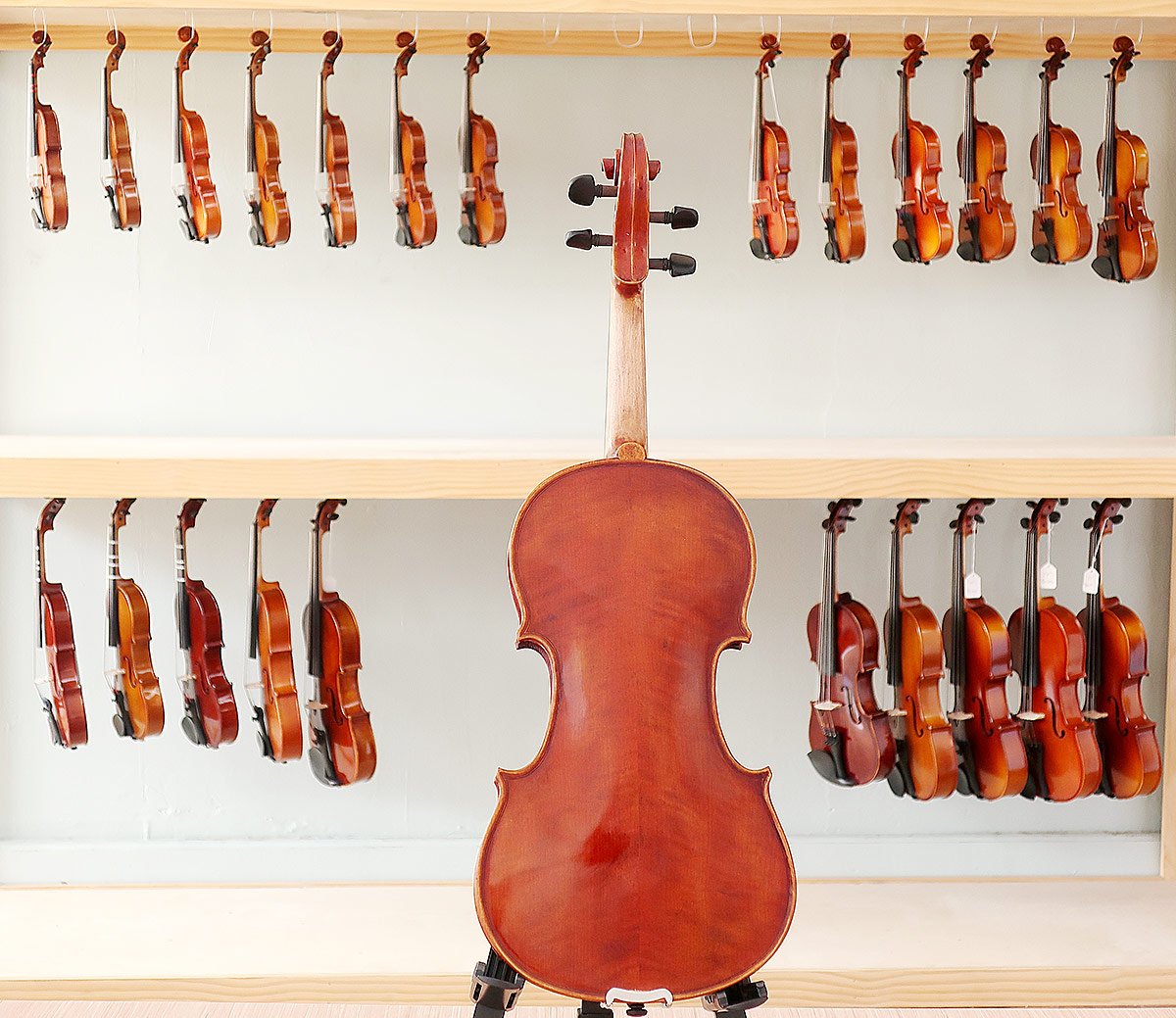 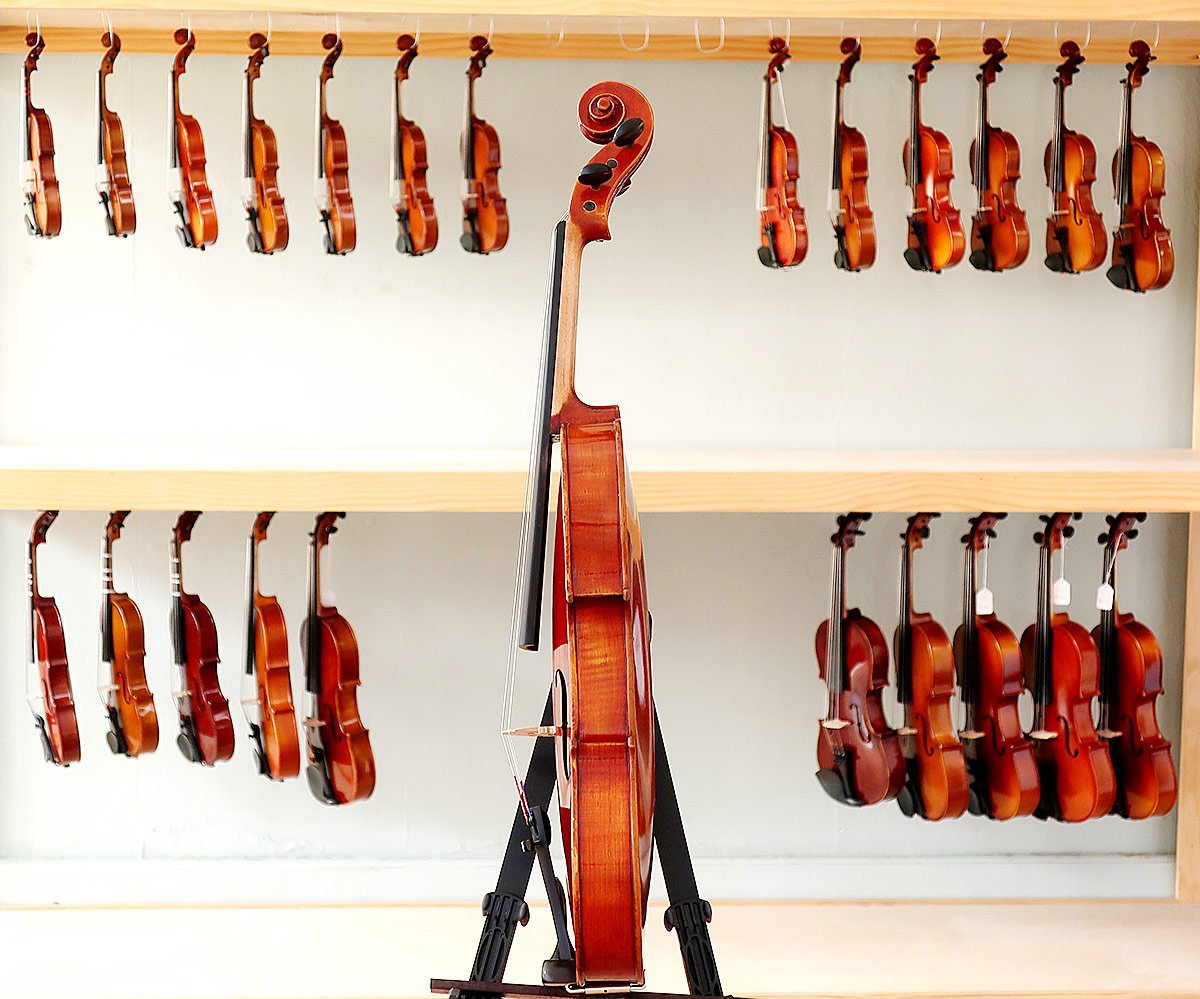 For those seeking an affordable and pleasing outfit reflecting old world craftsmanship and quality, the Top Notch 200 and 2500 models offer handsomely flamed instruments that are solid-carved from seasoned tonewoods, with inlaid purling, high quality ebony fittings, shaded reddish brown finish, plus Wittner Ultra tailpiece and our in house set up and adjustment for ease of play and superior performance. 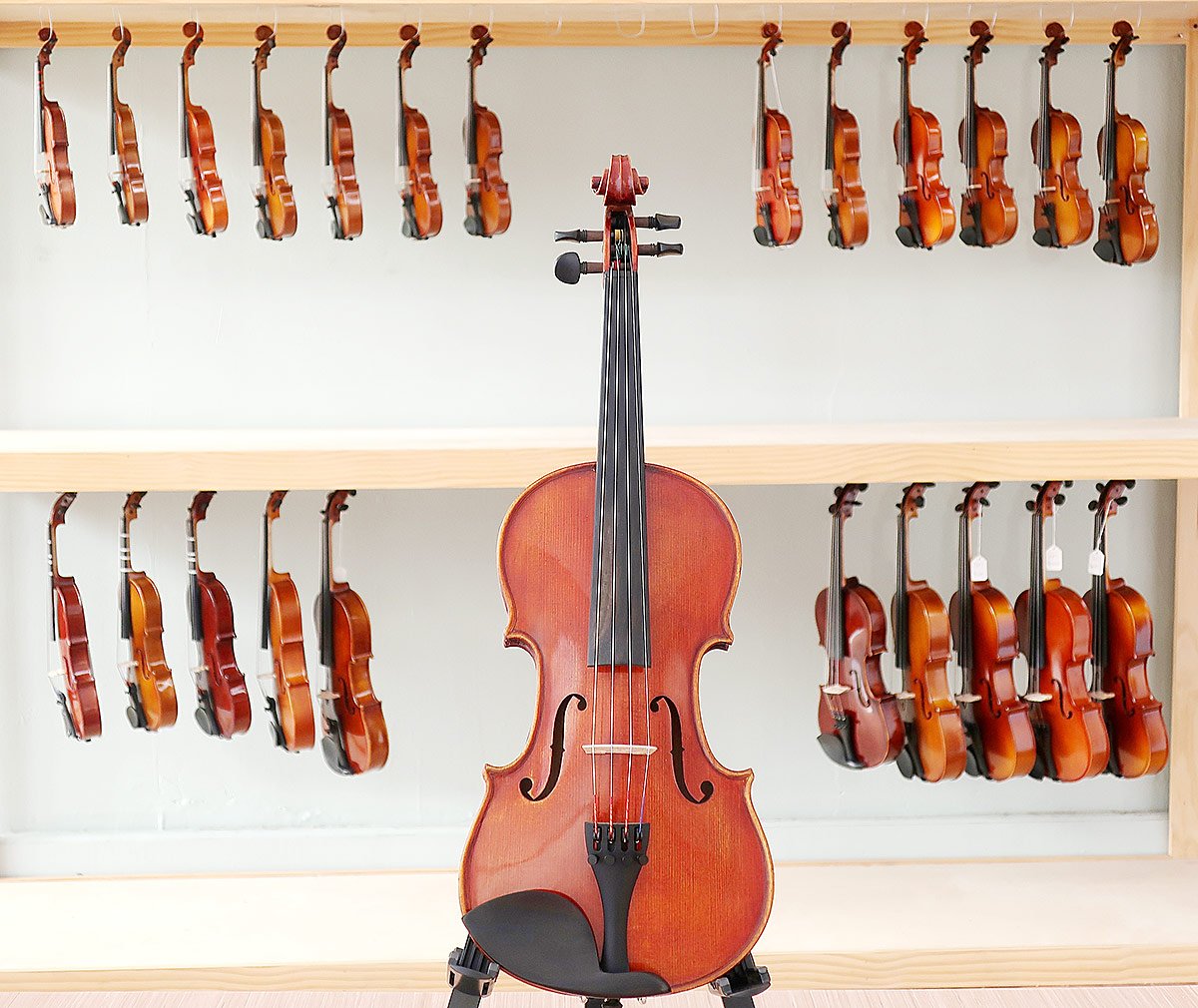 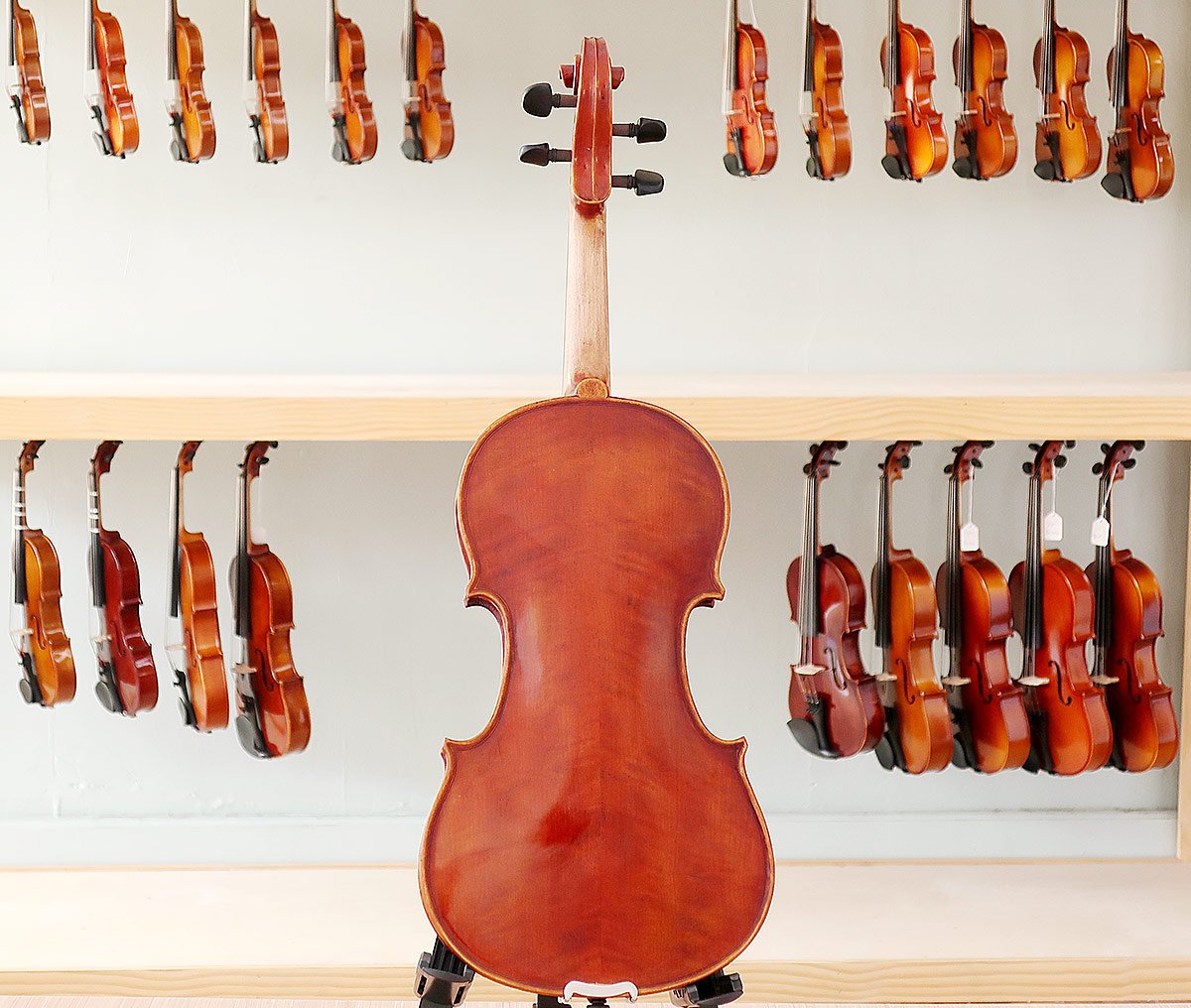 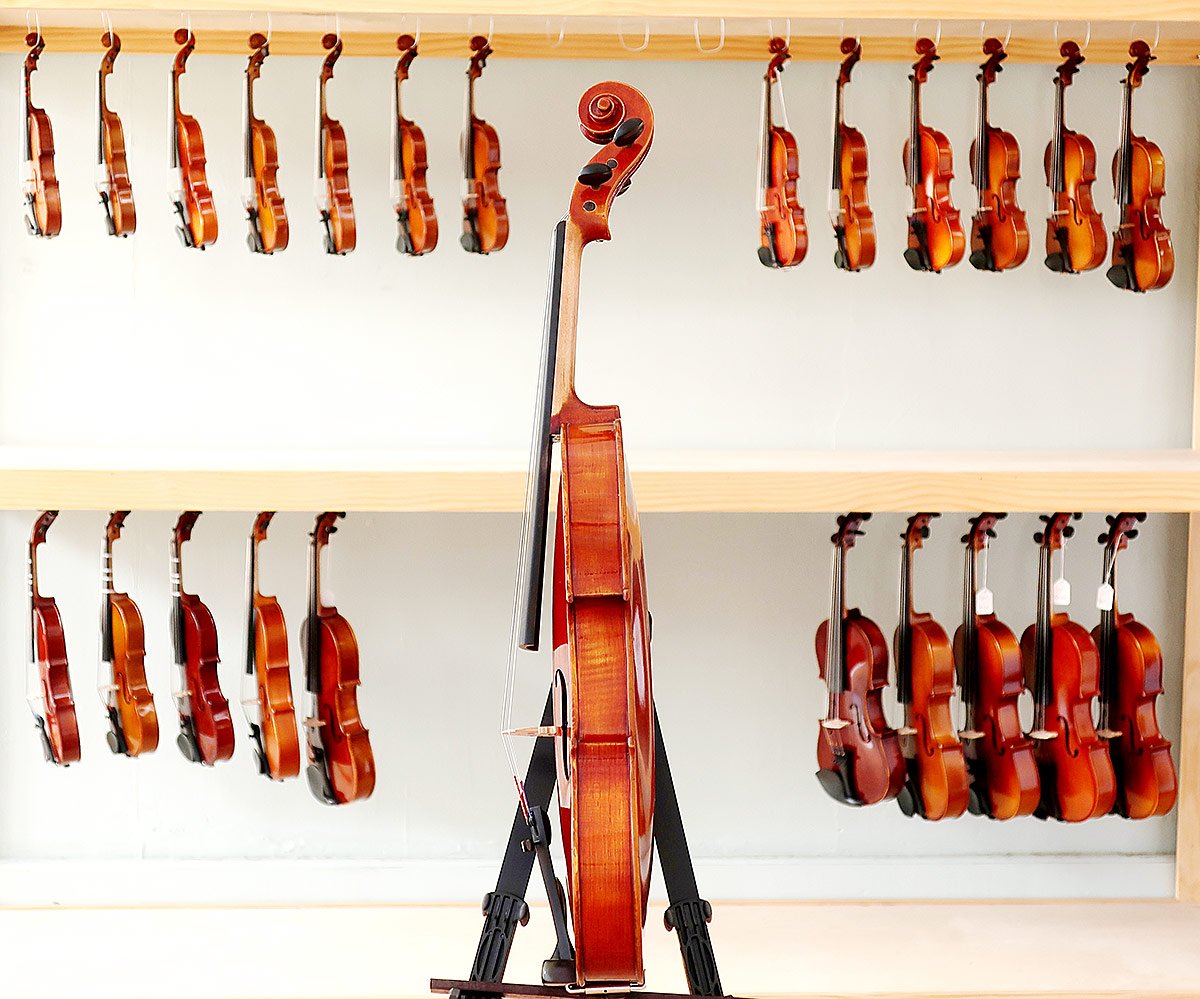 Crafted for Top Notch Violins, the 3000- and 3500-level violins combine fine craftsmanship and attractively figured seasoned tone woods for outstanding instruments in all aspects, from visual beauty and stability to tonal performance. The lightly antiqued amber brown varnish over a golden ground brings out the beauty of the woods. 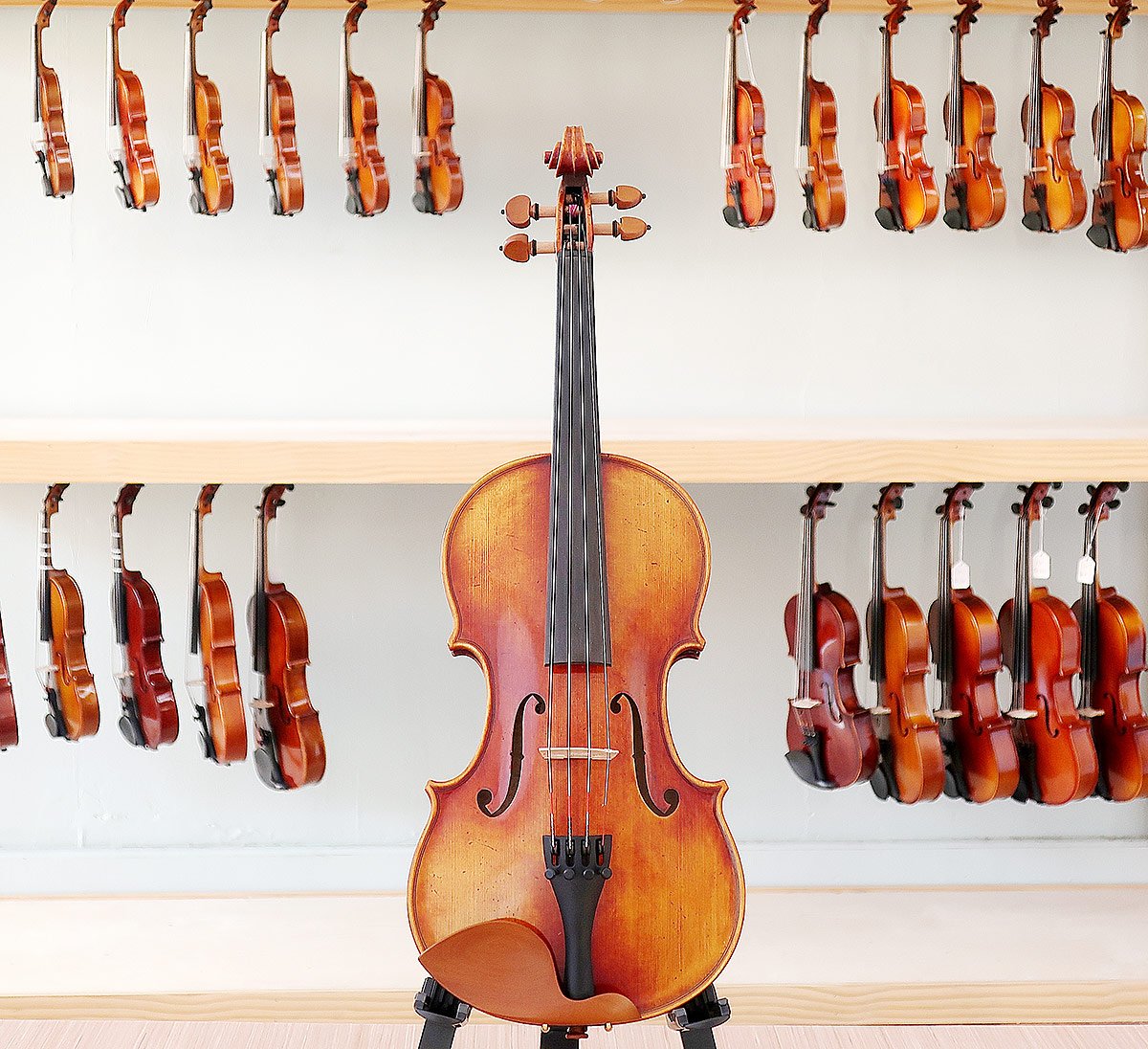 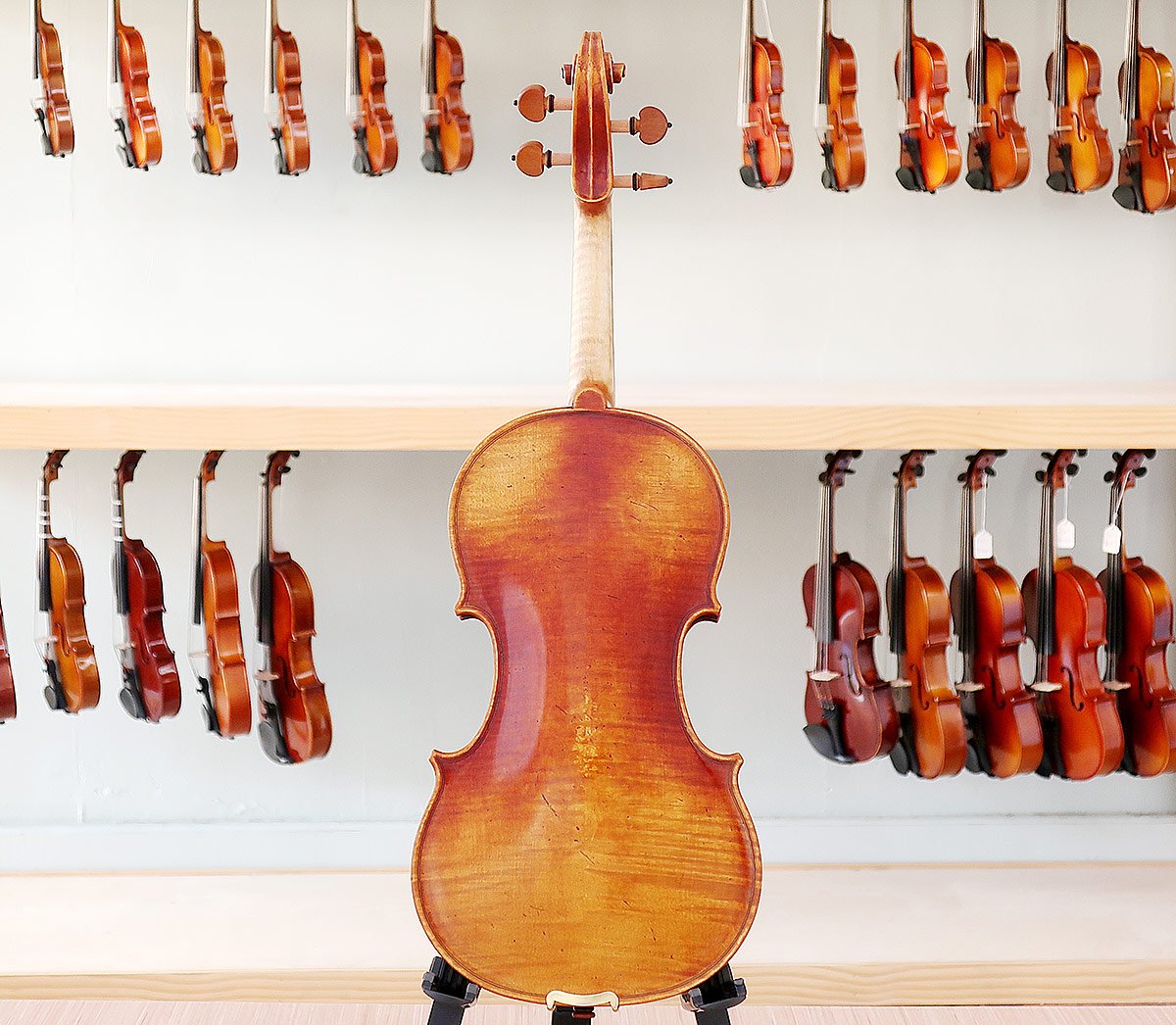 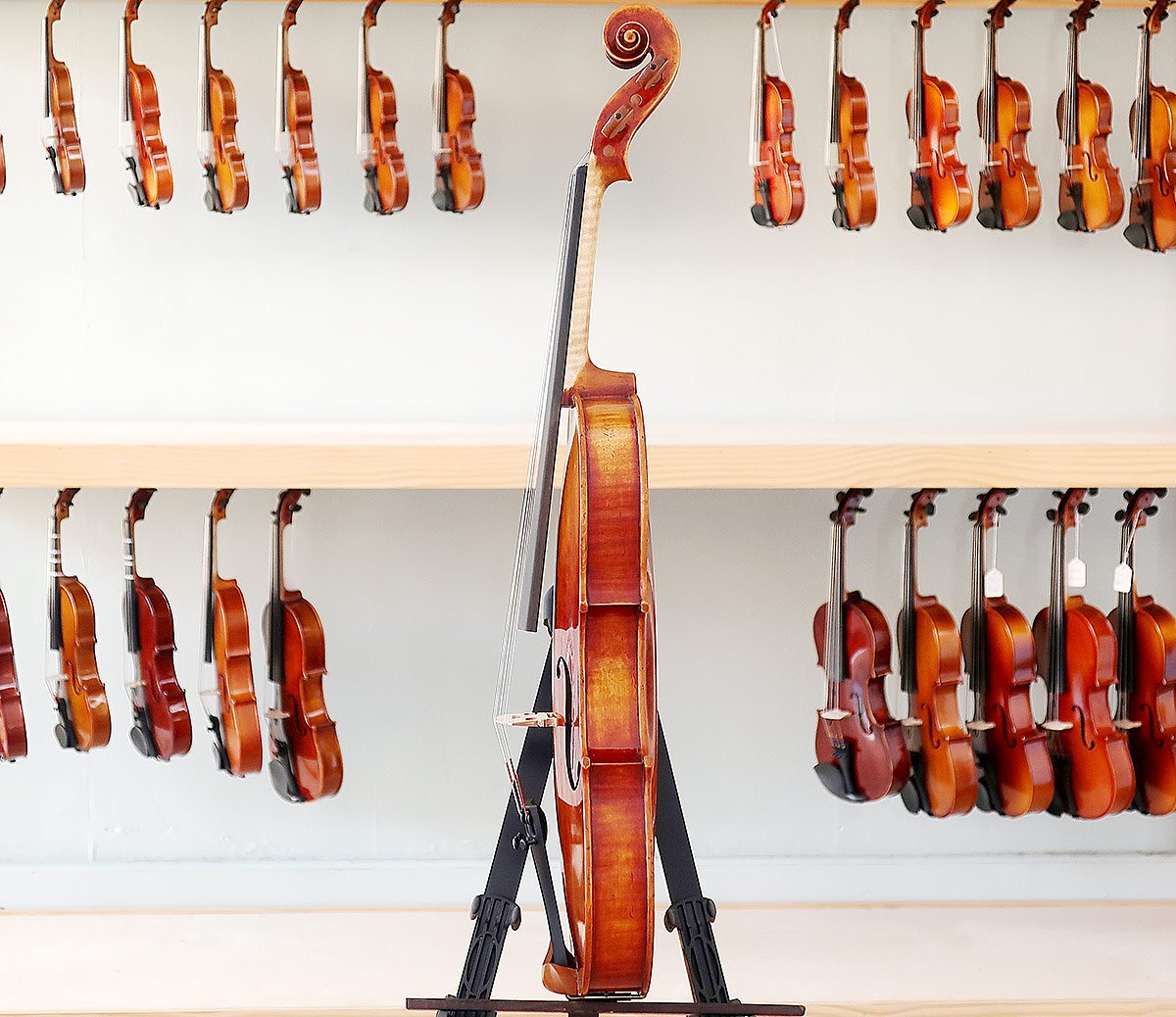 Our workshop 4000 and 4500 are crafted under the direct supervision of a master luthier and feature the highest quality most select stunningly flamed 10-year-old maple backs and straight medium-grain spruce tops. A beautifully antiqued French-style golden colored oil varnish enhances the tonal quality of these instruments. Great attention to detail is made in graduating the interior to allow the instrument a full tonal range and strong projection of sound. Each instrument is meticulously calibrated for optimum sound production.

Made in Stradivari, Guarneri, and Guadagnini forms. 4500 Guarneri pictured. 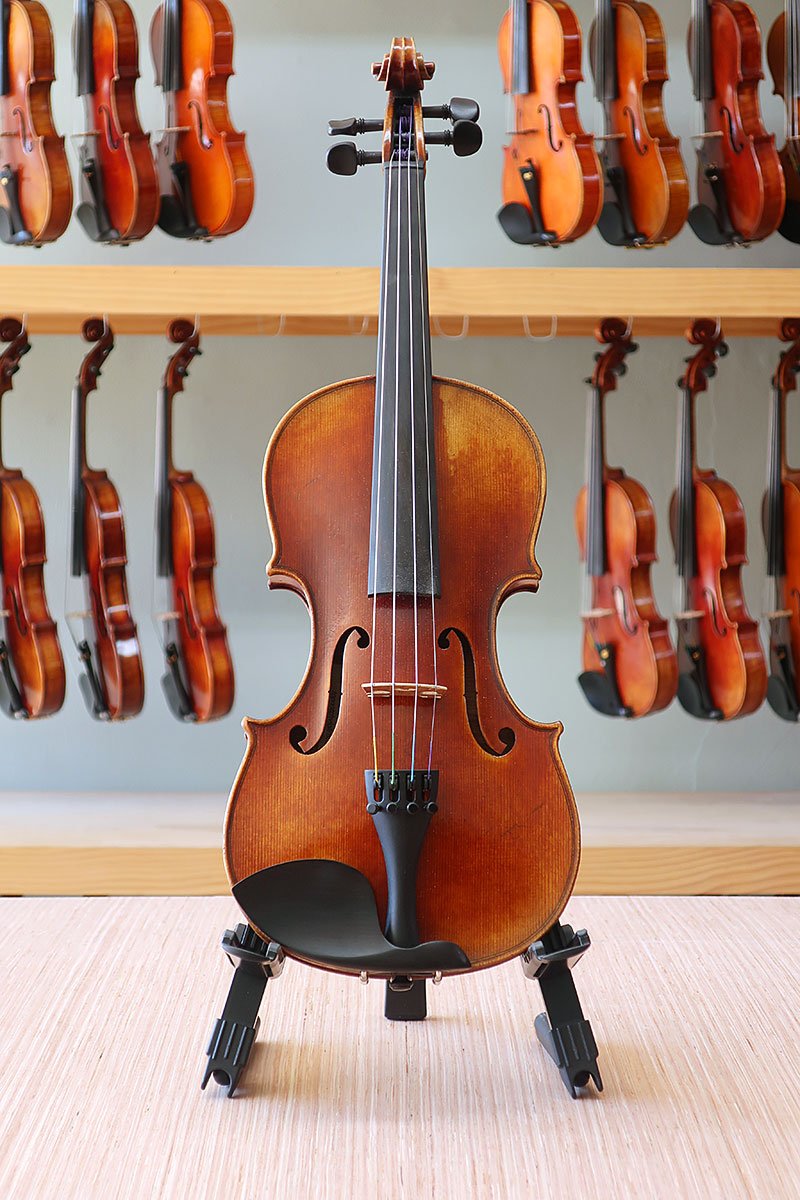 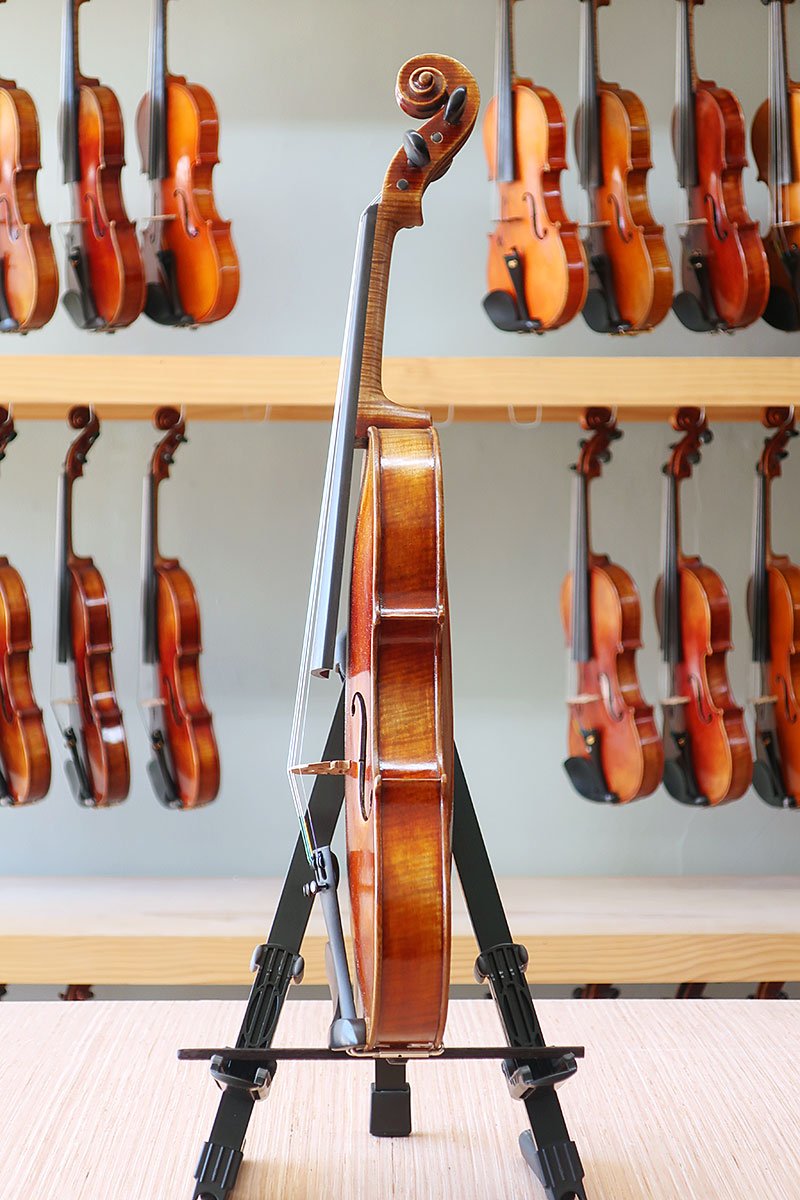 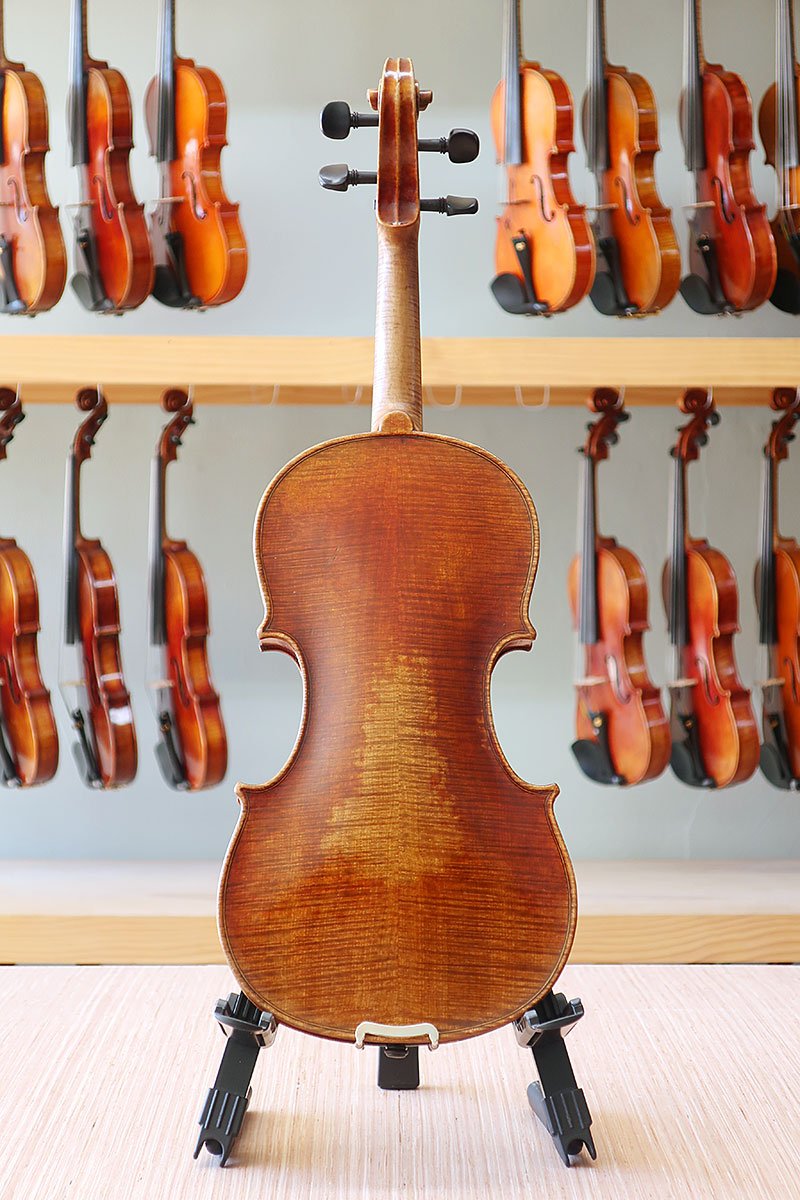 The CS2000 Core Select violin is a Stradivari-style violin with a tone rich enough to blend in an orchestra yet strong enough to stand out in solo performances. The CS2000 Emiliani is named for Cesare Emiliani, a famous 19th century violinist from Bologna, Italy It is fitted with ebony Parisian eye pegs and end button, ebony tailpiece, Despiau “B” level bridge, Guarneri model ebony chinrest, and Thomastik Domininant A,D, and G strings with a Pirastro Wondertone Gold E (loop end).

In addition to the CS2000, our offerings include other high-quality Howard Core violins that are handcrafted right here in the United States. If there’s a particular Howard Core violin you’re interested in, let us know and we’ll schedule a demo. 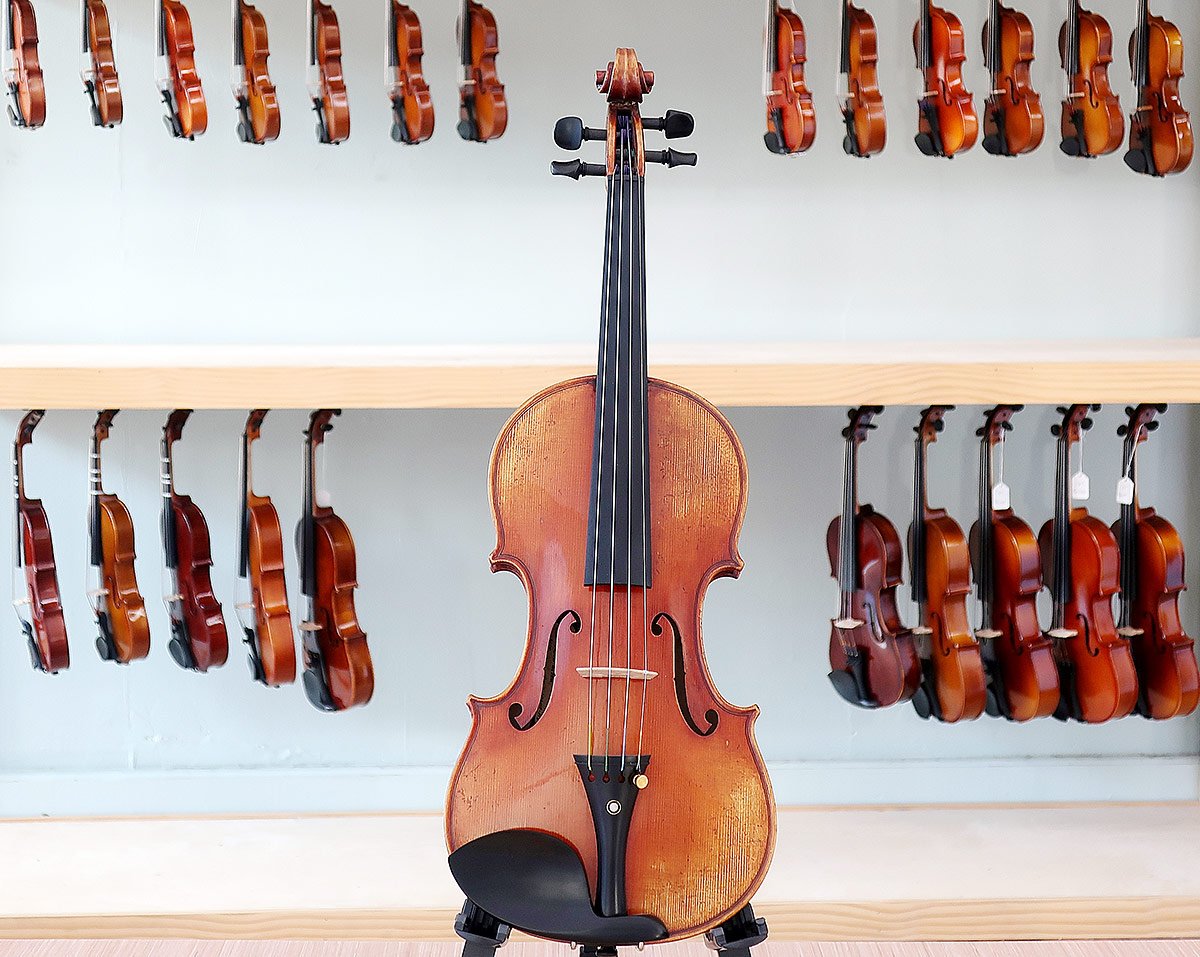 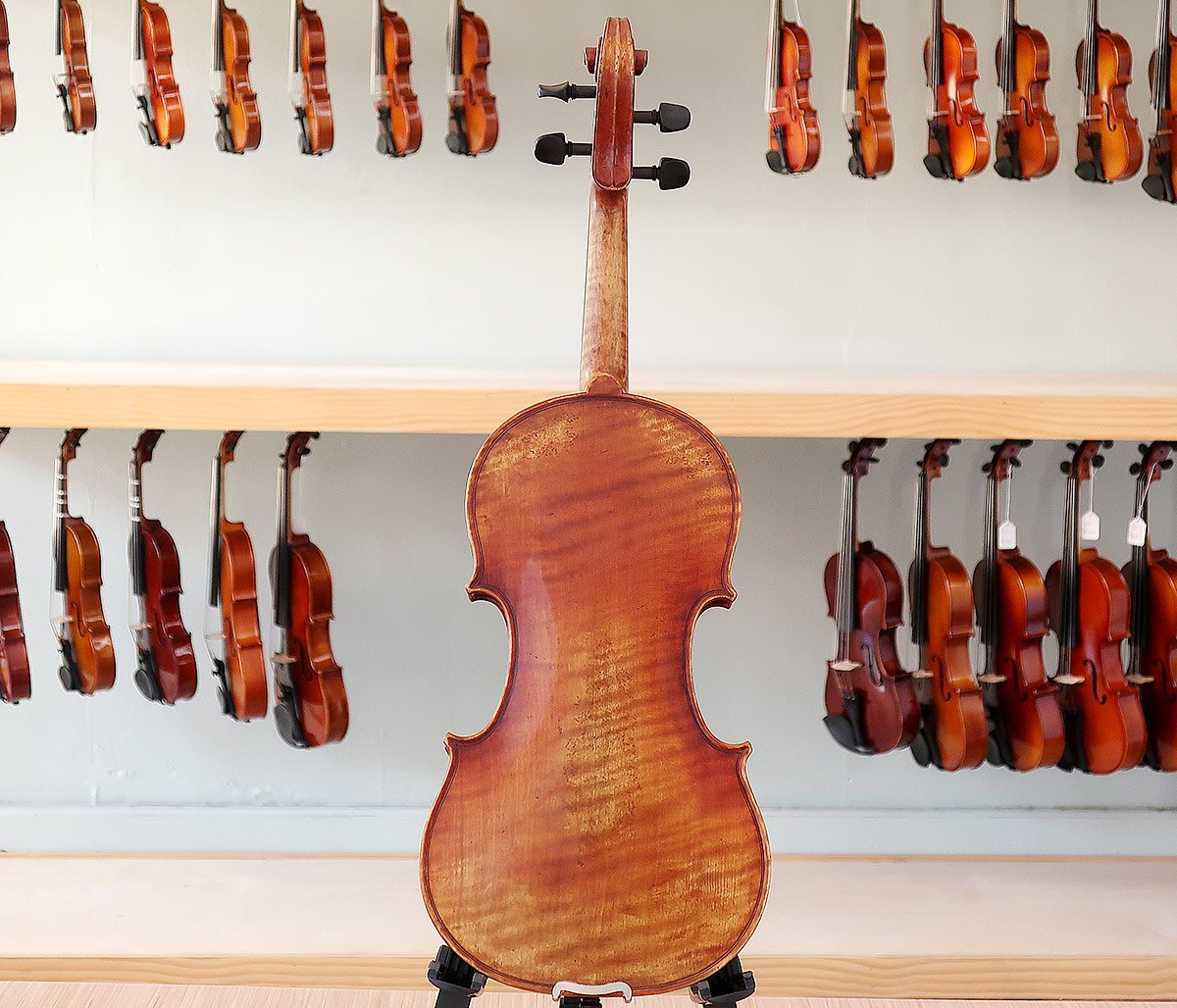 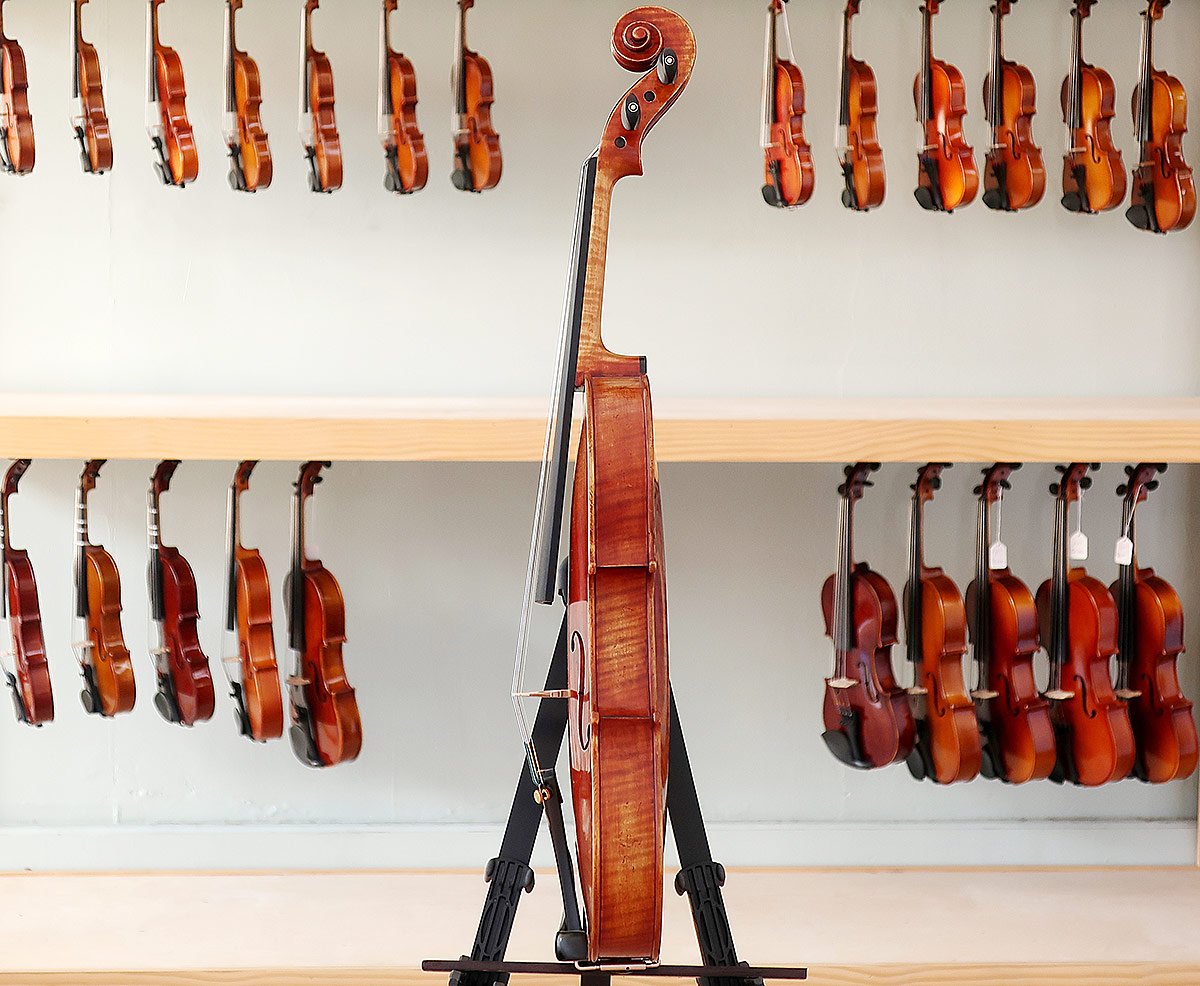 CS2000 models only 4/4
2000+
Violins Ted has set up or repaired during his lifetime.
1200+
Young people Steve taught orchestra to in the Parkway/Rockwood/Webster school districts.
84
Oldest person who has ever bought a violin from us so they can learn to play! Now how awesome is that?

The Calin Wultur Workshop is a highly skilled group of string instrument craftsmen in Reghin, Romania, led by Calin Wultur. They produce instruments with unique workmanship and tone relative to their price. The workshop is small, with fewer than 30 workers. They source their own European wood (primarily Carpathian maple and spruce) for all their violins, and offer Limited Edition violins as well. Each violin includes a set of Thomastik Dominant strings. Stop by our store to demo one today. 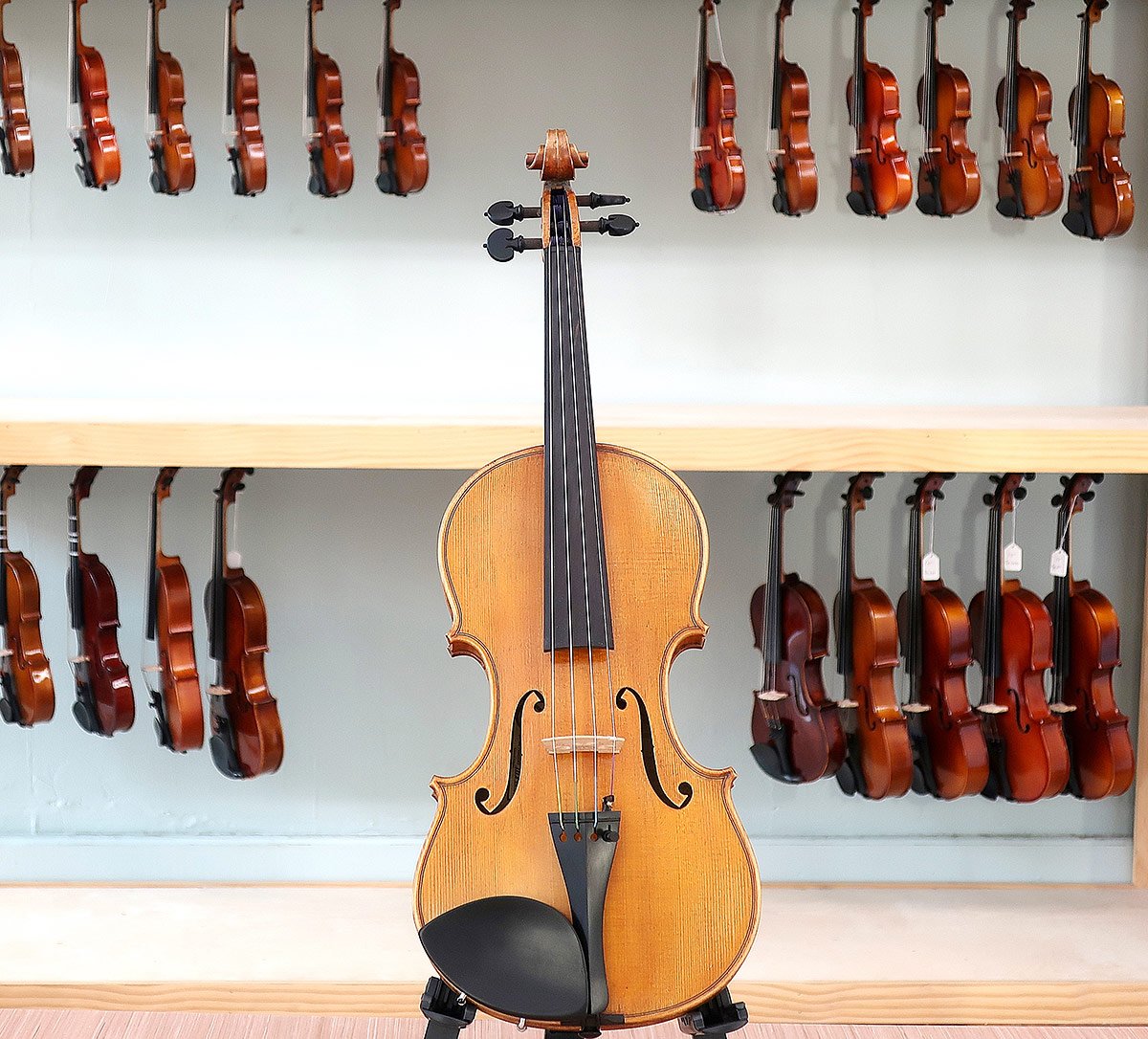 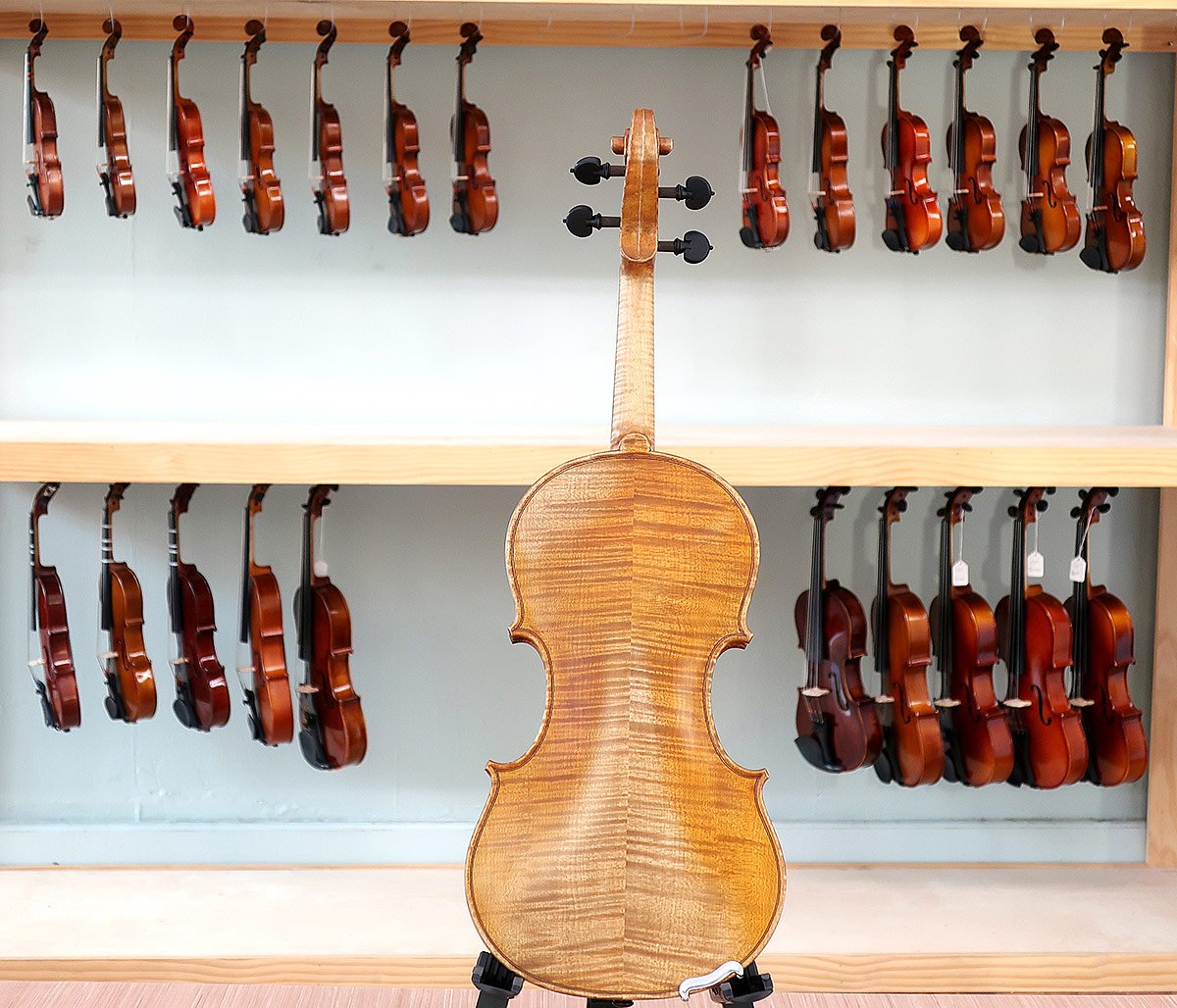 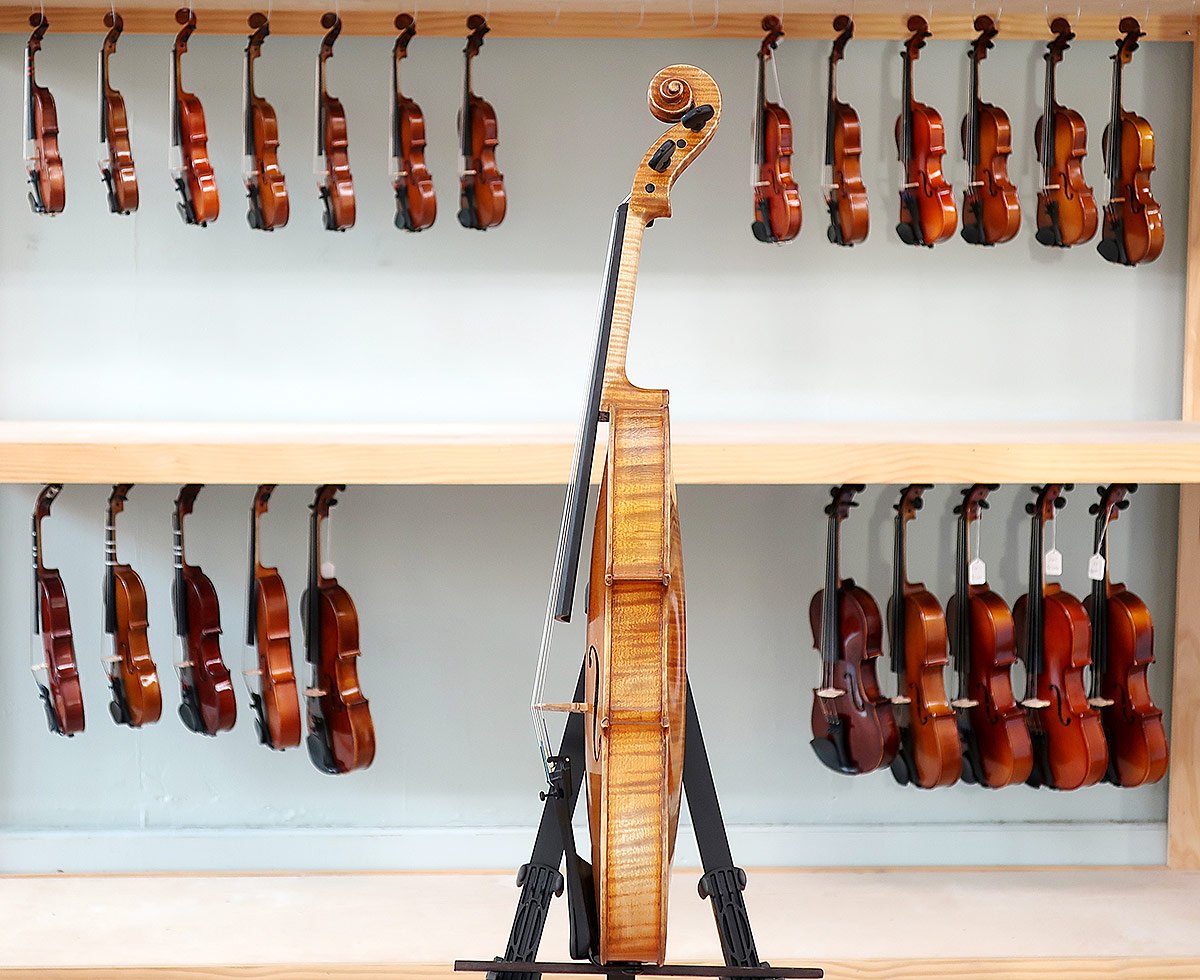 Heinrich Gill violins are handcrafted in Germany. An entire range of instruments are available, and the pictured violin is actually Student Model HGV54. Don’t let the title “student” fool you, though – this is one of the highest-quality student violins currently on the market. Crafted from select aged tonewoods, these violins are responsive and offer forgiving playability with great tone.

When we opened our doors in 2014 we knew that we didn’t want to carry “run of the mill” student violins – hence, the Heinrich Gill Student Model HGV54. Other violins from Heinrich Gill include the Lemans, Monza, X-7, and X-5 violins. 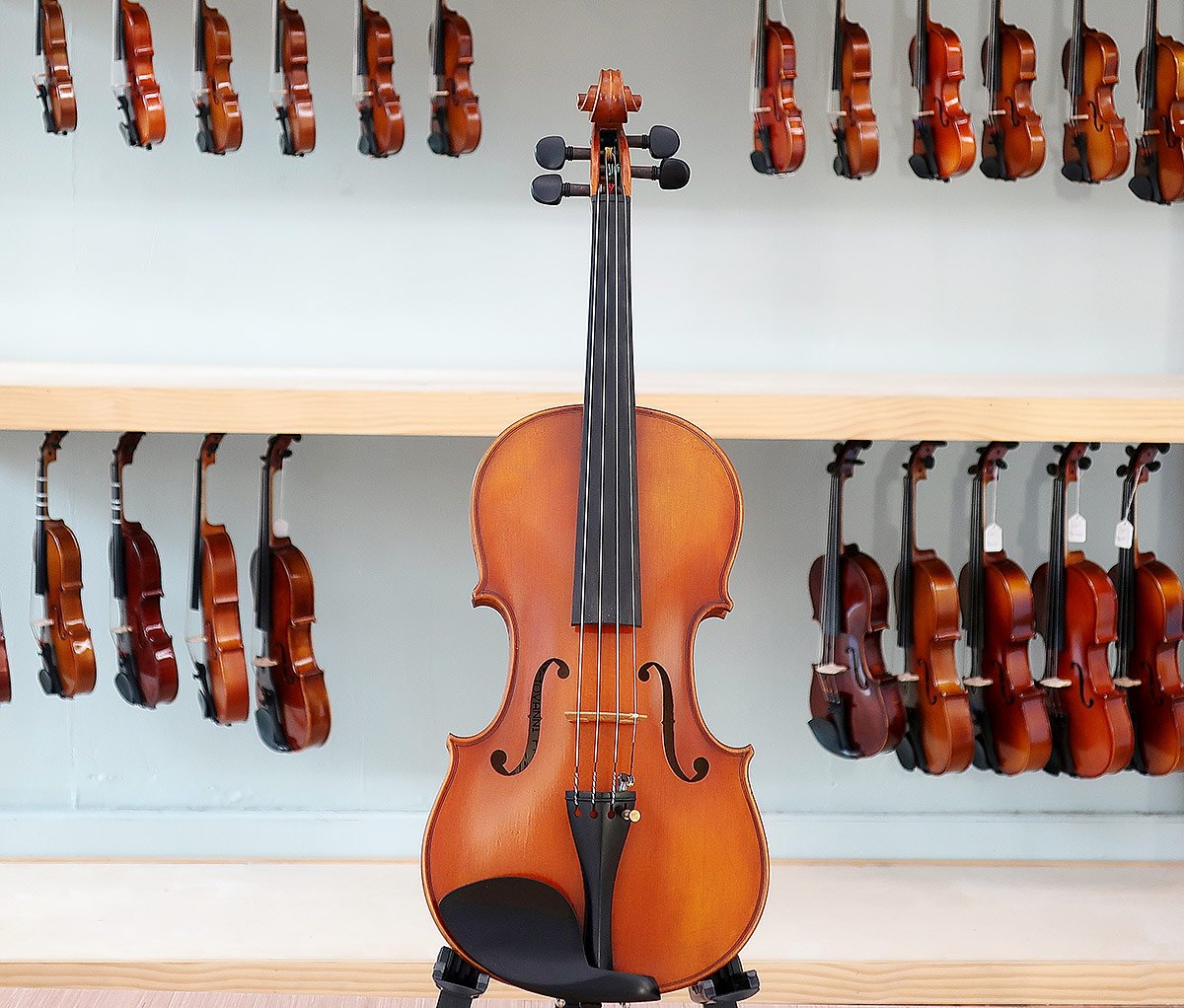 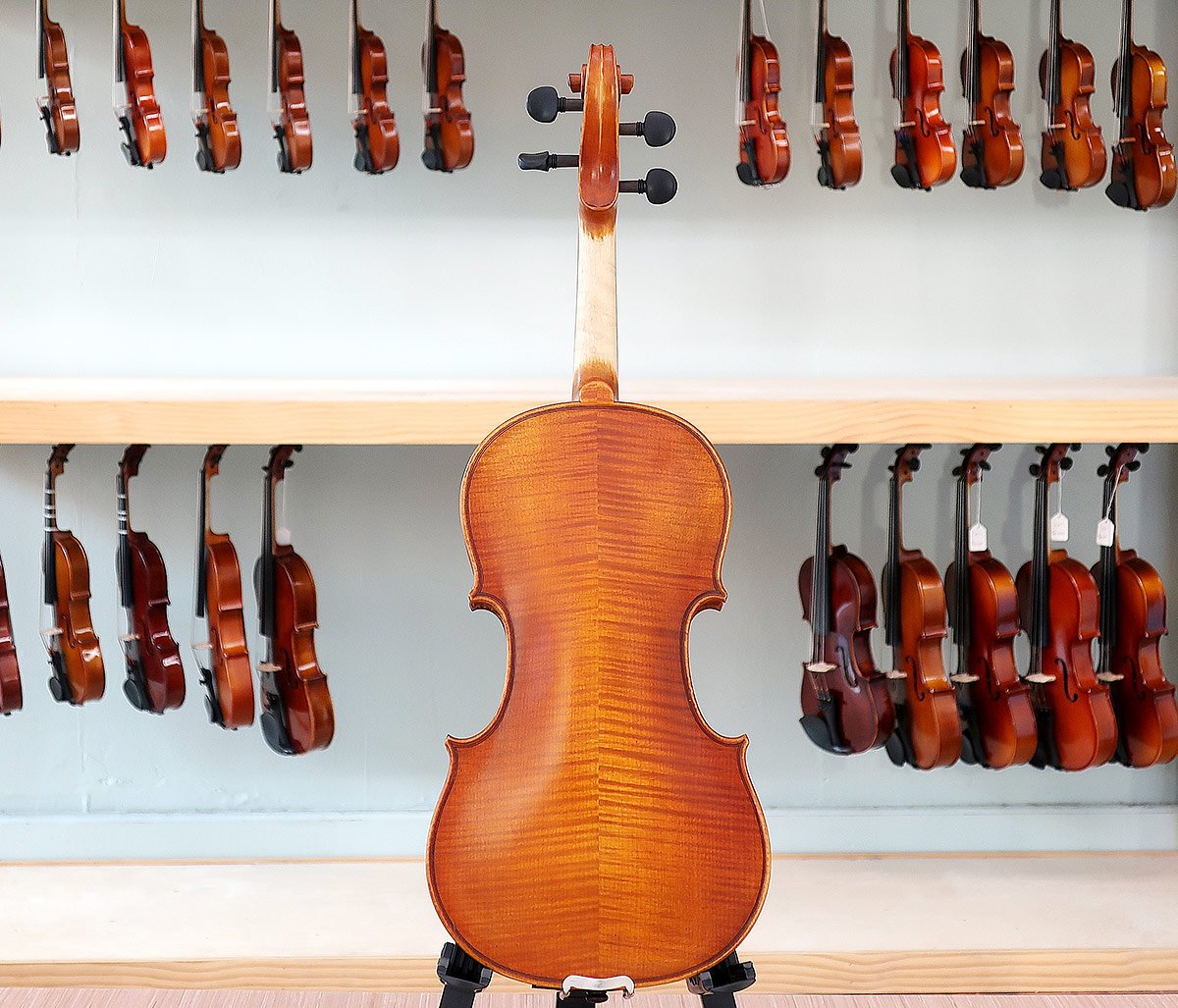 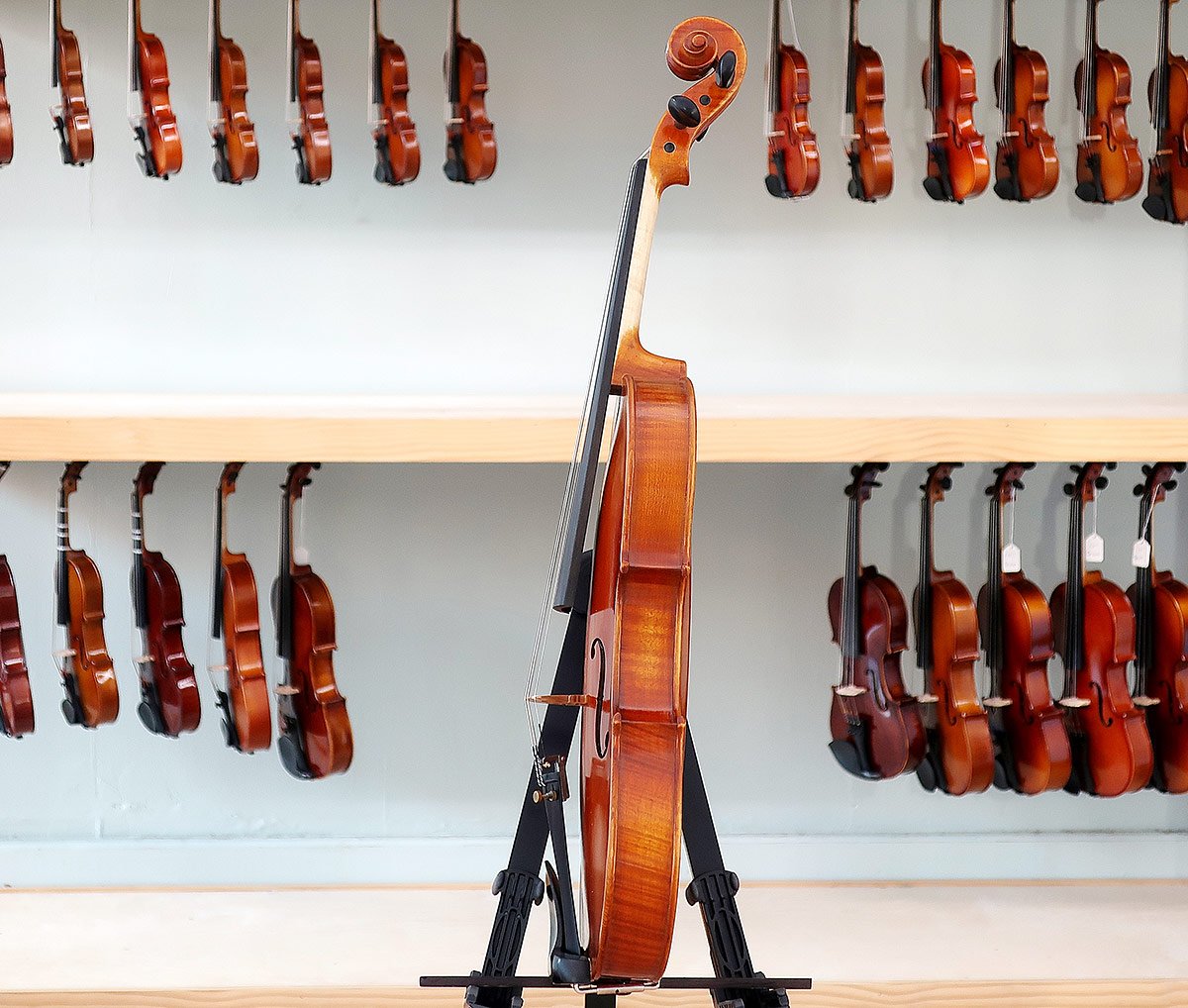 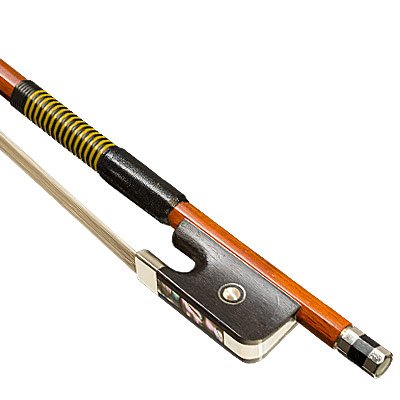 We carry a full line of violin bows, from composite bows for beginners all the way up to high-end hand-crafted wood bows. 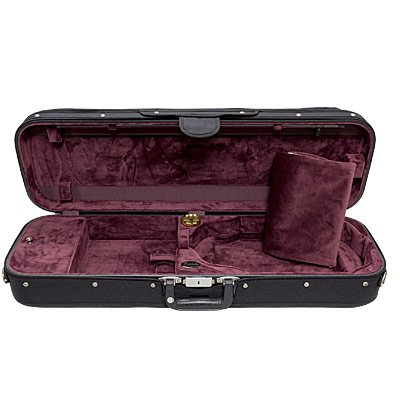 While every violin includes a case, if you want an upgraded case we have plenty. Stop by our store to view our selection. 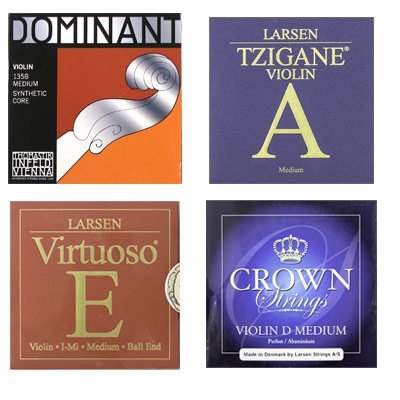 Replacement strings, from Thomastik-Infeld to D’Addario – and more! We can also assist with installing your new strings. 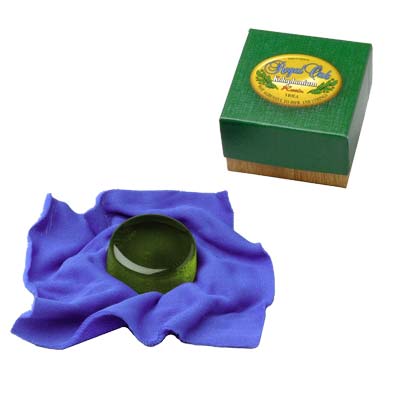 Rosin is the magic ingredient for stringed instruments. Melos, Hidersine, and more. 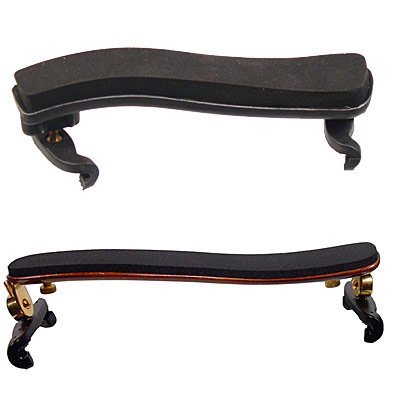 Make sure you have a shoulder rest that fits you well and is comfortable by first trying shoulder rests in our store (something you can’t do if you buy from Amazon).

Return to All Instruments

Return to the “all instruments” page (which links to our violas, cellos, and upright basses).

What about fiddles? How does a fiddle differ from a violin?

Let’s talk about fiddles for a minute. Generally speaking, a violin is the same thing as a fiddle, with the difference being the type of music that is played. Granted, many fiddle players are looking for a certain sound or type of violin, and from that standpoint we have a great selection of “fiddles” available for sale.

If one is to get very technical with the term “fiddle”, the word refers to any type of chordophone (strings instrument) played with a bow – and covers a very diverse range of instruments from the violin, to the North Indian sarangi, to the rehab, and even instruments such as the spike fiddle. If you want to spend some time learning about fiddles: Google is your friend…